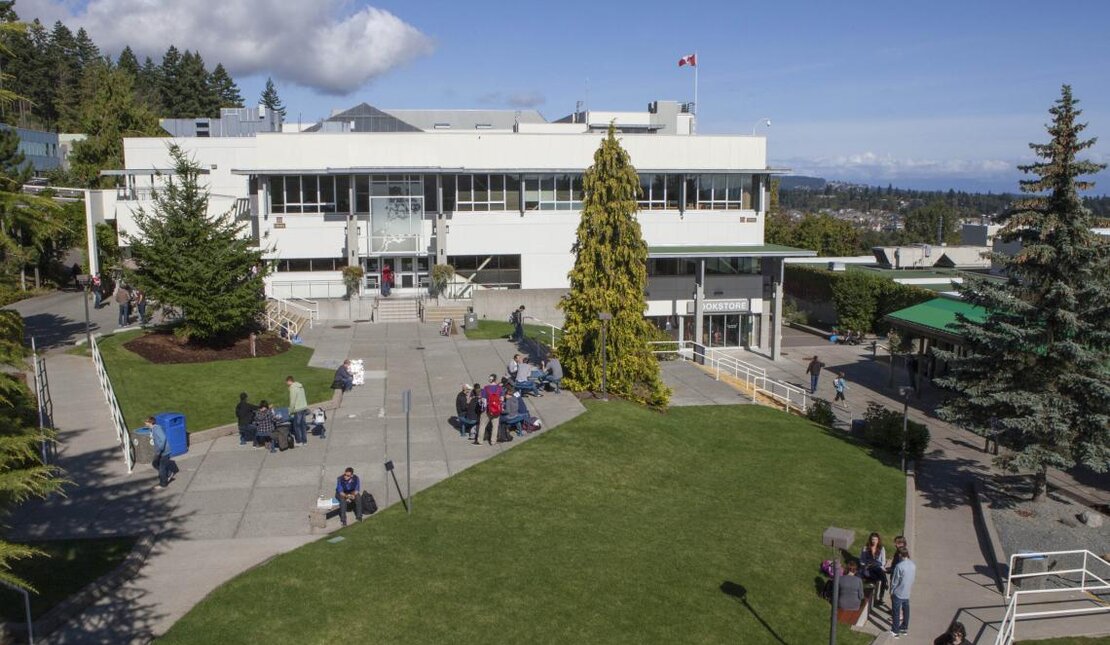 Dr. Linda Derksen, a Sociology professor by trade, is going on 17 years of working at Vancouver Island University (VIU). But it wasn’t until she had to have a hip removed in 2012 that she realized how many barriers existed on campus for students and employees with disabilities. 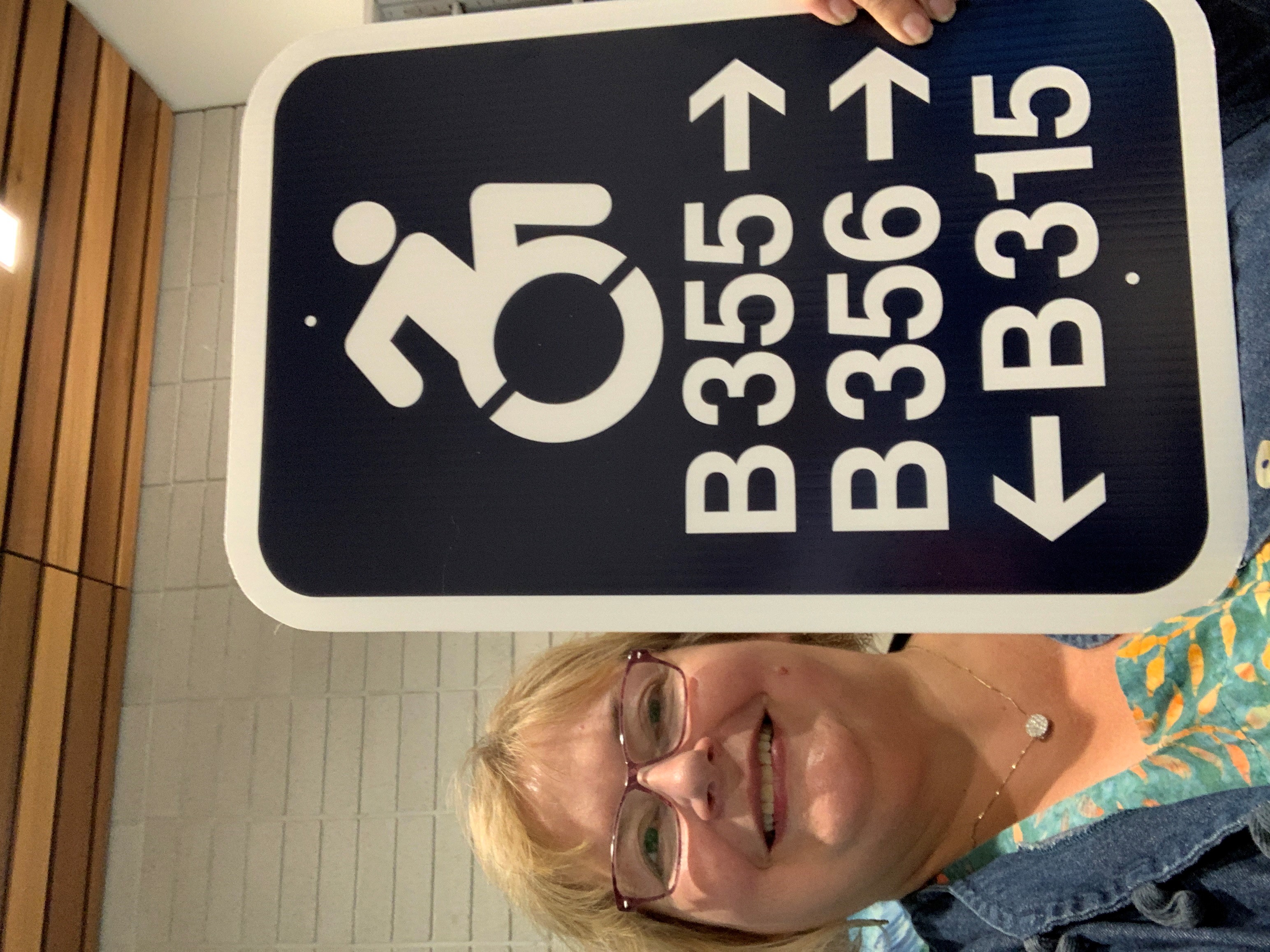 A steep climb to accessibility

VIU’s hilly campus in Nanaimo, BC, home to about 1,000 students and employees who are registered with the disability access office, has 473 stairs. After two years of rehabilitation, Linda returned to work with a wheelchair, where the outdated ramps, inaccessible washrooms, and elevators that were often out of service made getting to class incredibly difficult. She noticed food service and IT workers on campus were also at increased risk of injury, having to push their carts up steep terrain and carry heavy equipment up stairs when elevators weren’t working. She voiced her concerns to management, and though they wanted to help, they felt constrained by a budget that had little room for the necessary upgrades.

Frustration mounted when, over the course of two days, Linda was locked out of the cafeteria waiting for her taxi late at night; unable to sit safely in the theatre to view a movie due to a lack of wheelchair seating; and prevented from getting to class by an out-of-service elevator. She decided to take her concerns directly to the university’s president. Since his office was only accessible by stairs, he had to meet Linda at the bottom of the staircase. Together with the CFO/VP Administration and AVP of Facilities, they started to strategize about how to access funding to remove some of the major barriers, and with enthusiastic participation from all administrative areas of campus, including the VP Administration’s office, Facilities, Disability Access Services, Human Resources, Human Rights, Student Housing, and IT, the Universal Access Committee was formed.

“I’ve been the motor for this change, but so many people on campus have jumped in to make it happen,” Linda says. “From Facilities to HR to IT, now there is a concerted effort to adopt universal design principles for each new project.

“The minute they understood the magnitude of access issues on campus, our Facilities and Campus Development team jumped on board with universal design. They have been real heroes, both in making the physical changes, and in shifting their culture to view everything through an accessibility lens.”

Once accessibility had champions among university leadership, instead of setting aside upgrade requests for which there was no funding, the committee started to research grant and funding options, including having all 55 of its buildings rated using Rick Hansen Foundation Accessibility Certification™ (RHFAC) and applying for the RHF BC Accessibility Grants program. Twelve of 48 applications were approved, helping fund 12 access improvement projects. 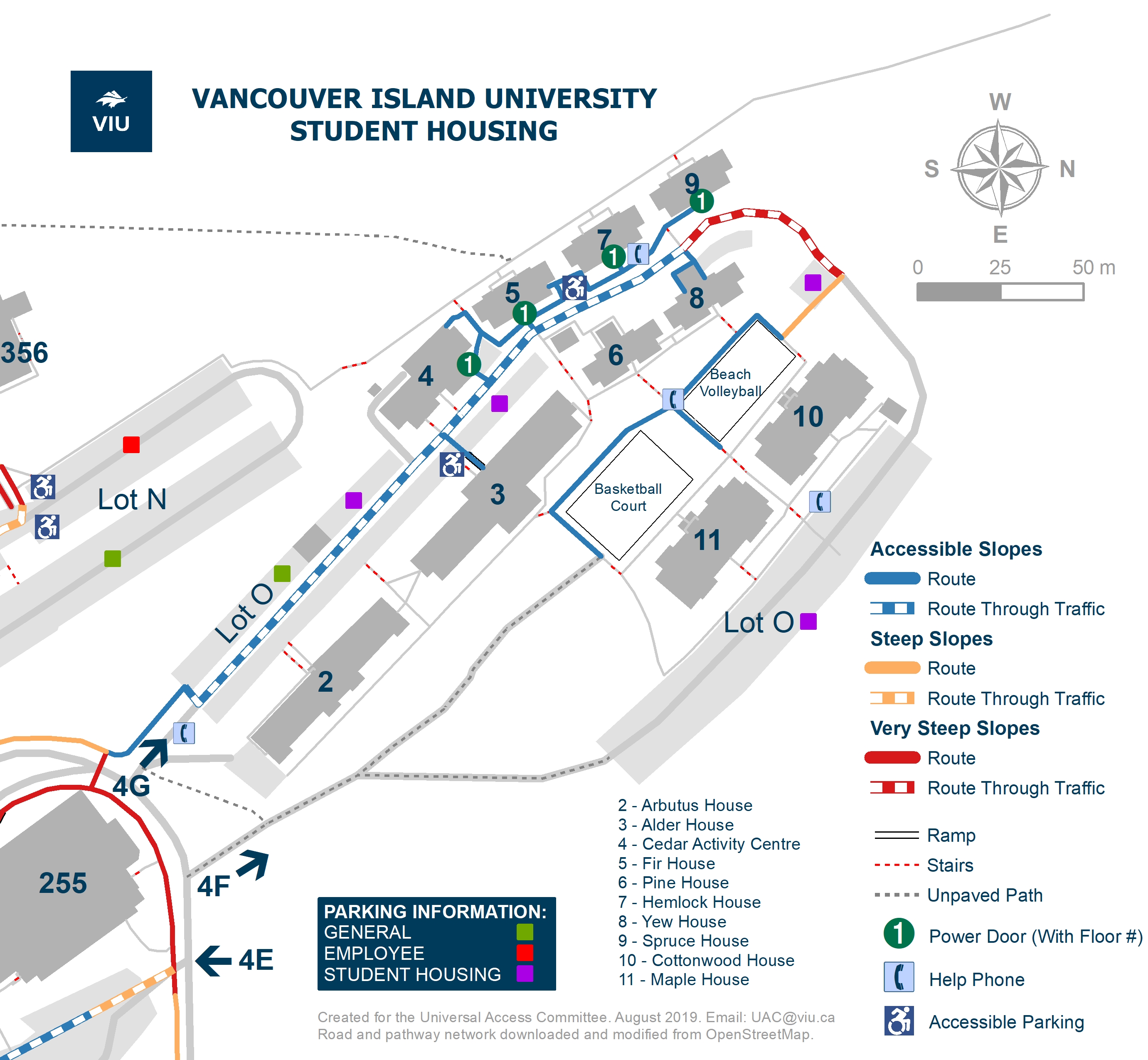 Having initially participated in the Universal Access Committee as a volunteer, the volume of work to be done soon found Linda working part-time on campus accessibility, then moving into a role as VIU’s first-ever Universal Access Lead. She started by creating focus groups to hear from students and employees about access issues on campus. Her initial focus was people with disabilities (both invisible and visible), but she was surprised to hear stories from many non-disabled people that struggled on the steep campus.

“A student with epilepsy told me she used to worry about having seizures at school, but now feels an increased sense of safety because, when she feels a seizure coming on, she can go to the accessible washroom, pull the alarm, lie down and know that help will arrive quickly.”

VIU’s accessible wayfinding map was created as a research collaboration with Dr. Victoria Fast and her student Zachary Lamoureux, both of the University of Calgary. Victoria is a geospatial scientist who became interested in accessibility when her father, who has Multiple Sclerosis, asked her if she could develop an app to help him get around. One of her research projects uses GIS technology for mapping things like curb cuts, the steepness of slopes, and locations of ramps. Dr. Fast and her graduate students had developed an accessible mapping typology on three campuses in Calgary (U of Calgary, SAIT and Mount Royal University), but the terrain at VIU provided a whole new group of challenges. Identifying not just ramps and entrances but grades and the steepness of slopes was key to helping students and faculty with mobility challenges get where they need to go. They can now access the map on their mobile devices, where an accessible web map includes pop-up photographs of accessible entrances and interior photos of accessible washrooms. Large, tactile wayfinding signs help them navigate the campus more easily.

“We’ve really empowered students to tell us about barriers and know that we’ll act,” Linda says. “They’ll take a photo of an access issue, send it to the Facilities office, and anything accessibility-related goes to the top of the pile.”

One student with a disability who cannot unclench her hands was unable to access her classroom after hours because of a number panel lock. She spoke to Linda, who put in a work order, and the lock was quickly replaced with a card system that all students could use easily.

Linda lights up at the mention of a culture shift starting to take place at VIU. “We’re trying to lead by inspiration here,” she says.

“We have a long way to go yet, but we’d like to be the most inclusive university in Canada.”

She cites VIU’s Youth-in-Care program, which offers tuition waivers to students who’ve been in the BC foster care system, and the Inside/Out program, which takes students into prisons to take classes with prison residents.

“The structural changes that funding makes possible are amazing, and ours have benefitted everyone on campus, not just those with disabilities” Linda beams. “But the cultural changes are perhaps the most powerful. And those don’t cost a thing.” 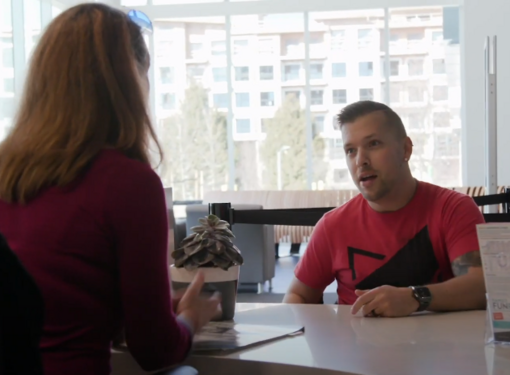 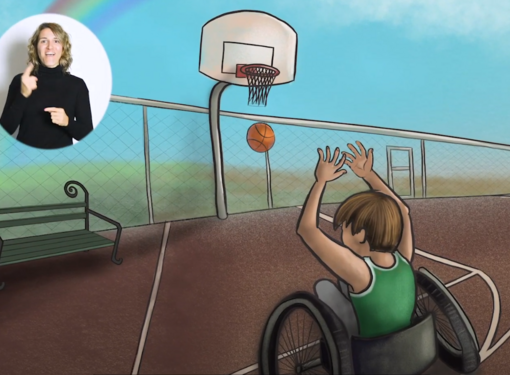 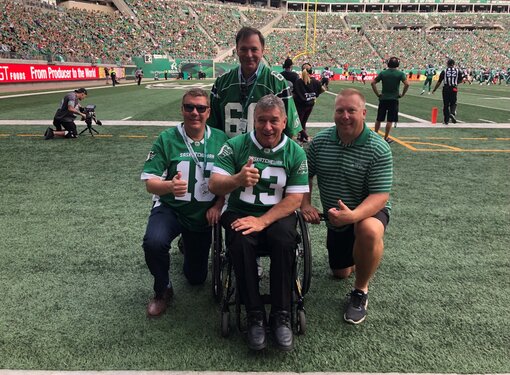 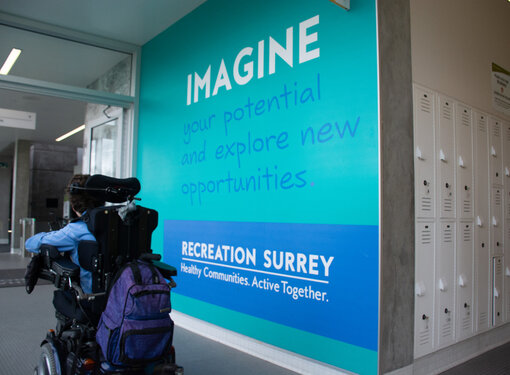 City of Surrey Case Study: Certification as a Stepping Stone