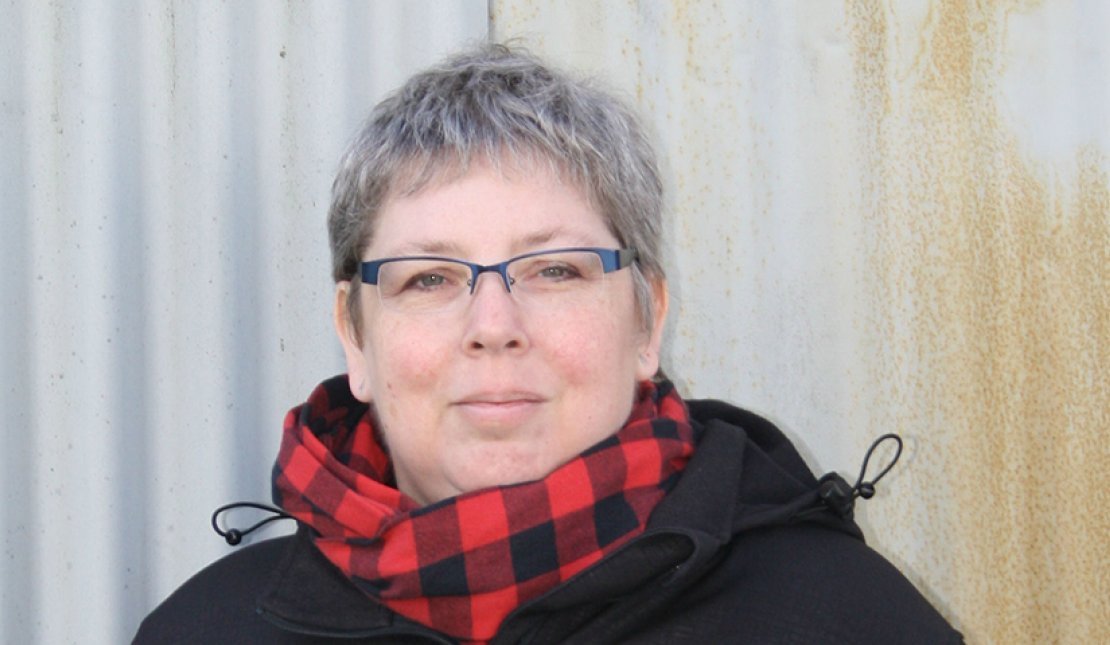 The Sound Of Silence

For as far back as I can remember, I have always had difficulty hearing. In school I’d be sitting in a classroom, trying to follow what was happening. It sounded like the teacher in the Charlie Brown cartoons where all you hear is “Wah wah wah…”

I also suffered damage to my hearing from numerous ear infections which created fluid in my ears. It was as though I was trying to hear underwater. The fluid in my ears would amplify my voice to myself so that I always felt like I was yelling. I would make an effort to speak more softly to compensate, but my ‘loudness’ was literally all in my head.

As time went on, I learned to work around my disability. When the teacher would turn away from the class to write on the board while speaking, I’d ask my classmates to repeat to me what was being said or I would borrow their notes. I learned to read lips and body language, which helped me guess what was being said. Despite my ongoing struggle to hear throughout my childhood, it was never addressed. I assumed that this was how my hearing would always be because I didn’t know any better.

As an adult, I continued to struggle. I found it impossible to hear when I was in a crowd and in noisy environments. I’ve often felt like I was “out of the loop” and isolated. I’ve felt stupid because I didn’t know what was going on. The level of concentration it takes to try and keep up is exhausting. At the end of busy days, I just lie on the bed and breathe a huge sigh of relief, grateful for the silence. Most of the time, I’m so exhausted, I’m asleep before my head even hits the pillow.

When I attend meetings I’ve learned to position myself so that I can see everyone’s face and hope it will help me follow the conversation. In classroom or theatre settings, I sit at the back of the room and if possible, against the wall so that no one will be making noise behind me. I tend to avoid the phone, especially conference calls which are incredibly hard for me to follow. Instead I communicate largely through email and social media. It allows me to engage and feel connected on my own terms and in a far less taxing way.

Another symptom of hearing loss is tinnitus-the perception of hearing noise or ringing when no sound is present. These sounds can include ringing clicking, buzzing, roaring and hissing. For some people tinnitus comes and goes and some people have it constantly. Over the years, I’ve experienced it sporadically. I usually hear a high pitch tone, ringing like a fire bell or an incessant clicking which sounds like a typewriter or woodpecker inside my head.

Not being able to hear properly is also a safety concern. One day, while crossing a parking lot to get to my car, a garbage truck rolled up behind me. I didn’t hear it until the driver honked at me to tell me to get out of the way. He nearly gave me a heart attack! The scare with the garbage truck was the last straw. While I had lived with a hearing impairment all my life, I realized then that it was actually getting worse. In hindsight, I can see how the further loss of hearing was a gradual process and it had crept up on me, just like the big garbage truck that nearly ran me over!

That week, I asked my family doctor for a referral to see an ears, nose and throat (ENT) specialist. After seeing the ENT and having my hearing assessed, we discovered that I have lost 50 decibels of my hearing, which is significant and considered ‘moderate’ hearing loss. Severe hearing loss occurs at about a 70-90 decibel loss and profound hearing loss is from 90-120 decibels. 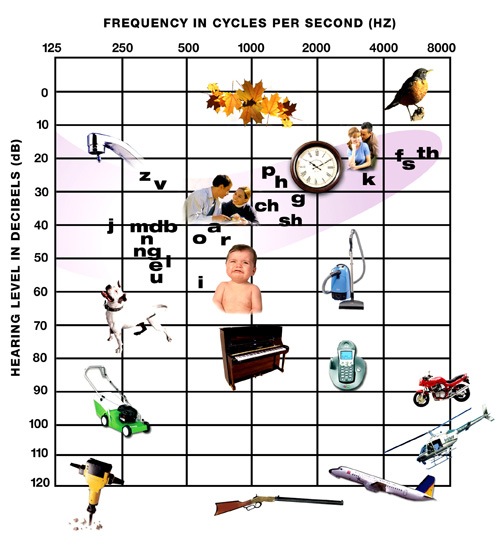 This chart gives you an idea of where common sounds fall within the range of hearing. The purple wave on the chart indicates a typical hearing range. Anything above the 50 decibel line is something I can’t hear!  As you can see, I have difficulty with softer sounds and the tone range that a lot of letter sounds fall into, making everyday conversation a challenge for me. I tend to confuse words that have similar sounds, like for example “bird” and “verse”.

The ENT referred me to an audiologist, whom I saw the very next day and I was fitted with hearing aids, on a trial basis.

They worked great. You would think this would be a good thing, but I left the office in tears because the hearing aids I needed were $5,000. For many people living with disability, assistive technology, though invaluable, is often prohibitively expensive. My extended medical only covers $500 towards hearing aids every 5 years, which is a tiny drop in the bucket. Hearing is treated like a luxury, and it’s heartbreaking because hearing loss creates a communication disorder, which affects every aspect of a person’s life.

Fortunately for me, my best friend, who always has my back set up a Go Fund Me to help cover the cost, and our generous circle of friends and their friends stepped up. In just 2 weeks, I was able to purchase them. I was extremely grateful for their help. I just wish that technology was more accessible to those who need it most.

Can you hear me now?

The learning curve of wearing hearing aids has been steep. I often experience a sense of being overwhelmed when I have them in. After a lifetime of not hearing properly, the sheer amount of audio input is mind boggling. There are days where I come home and take my hearing aids out and immediately breathe a sigh of relief. Sometimes silence is golden!

I have discovered I am exceptionally bad at triangulating where a sound is coming from if I have no idea what it is. One day I heard something and wandered around our condo trying to figure out what it was. It was the sound of water running in the shower! I’d never heard it properly, so I didn’t recognize it. When it rained, I realized that I had no idea rain was so loud! Imagine hearing rain properly for the first time in your life. It’s a beautiful sound! And living on the west coast, it is one I can enjoy often.

After wearing hearing aids for just a couple of weeks, I became aware just how much of my energy was devoted to adapting my behaviour to cope with not being able to hear. Now I could have a conversation while driving with my best friend and not once have to ask her to repeat herself because I wasn’t looking at her. She noticed this immediately! I could have the volume of the TV at the level my husband finds comfortable and follow the program no problem. WOW!

One of the best things about wearing hearing aids is that it gets rid of my Tinnitus. I still get it occasionally when I don’t have my hearing aids in, but when I’m wearing them, there seems to be no need for my brain to process phantom sound. I can’t tell you what an enormous relief that is. It’s like magic! 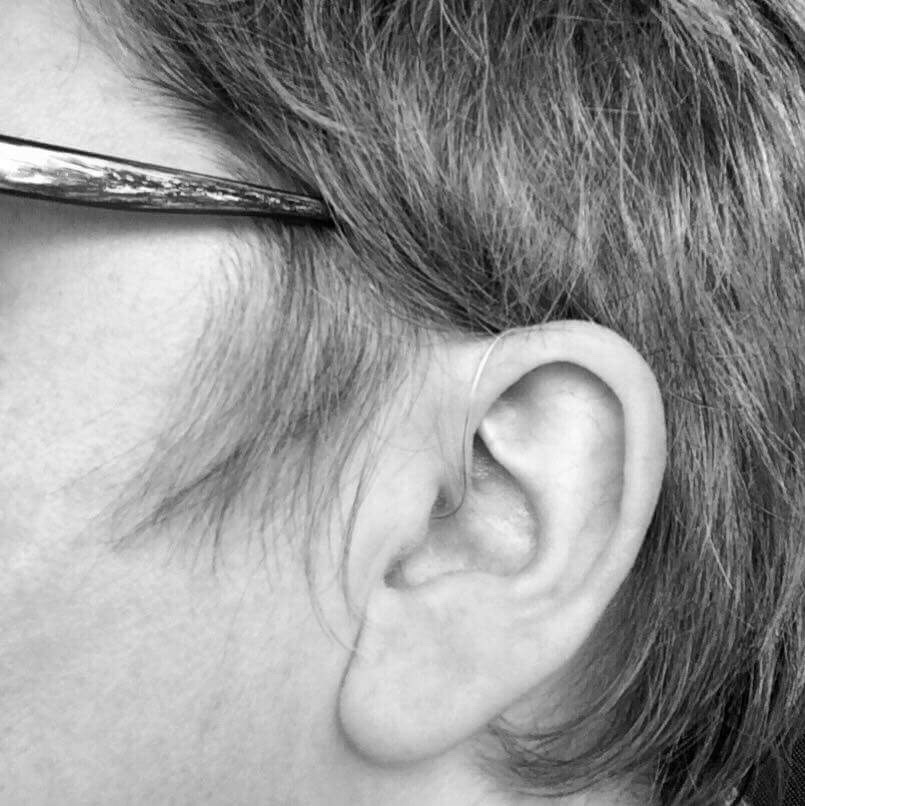 My audiologist matched the colour of the hearing aid to my hair colour and once they are in, they are practically invisible. Many people I know wear hearing aids in fun colours to make them noticeable. It’s a way to show their personal style just like you would in choosing cool frames for your glasses.

While hearing aids are a huge help, it’s important to note that even with hearing aids, someone can still be deaf in some frequencies. Hearing aids amplify sound, but can’t give back hearing that is already lost. It’s still important to practice being a good communicator. By facing the person you’re speaking to, making eye contact and speaking clearly, you can improve communication with everyone. If someone is still having problems understanding what you’re saying, try rephrasing what you’re trying to communicate. Sometimes a change in words can help.

I’ve been wearing “my ears” (as I call them) since mid-October of last year and I’m still working on adjusting to them. It’s a work in progress and not without its challenges, but overall, I’m extremely grateful that I now have this technology to help me use the hearing I still have to the fullest. 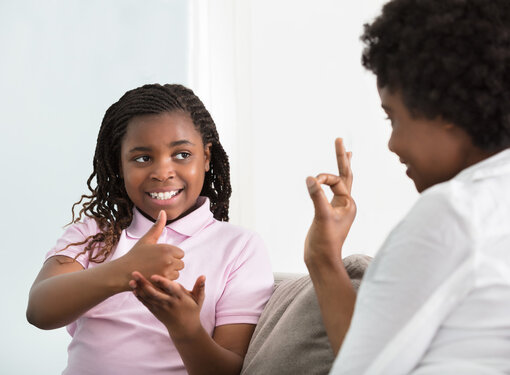 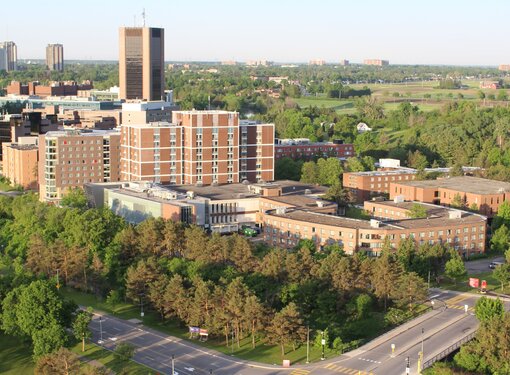 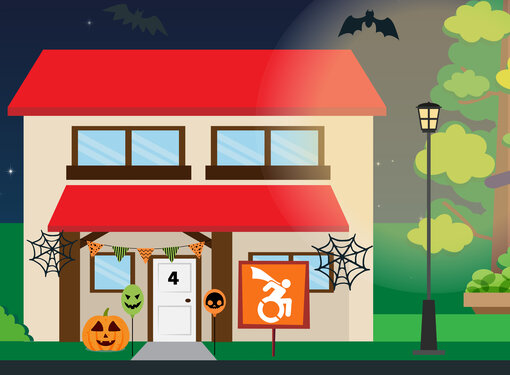 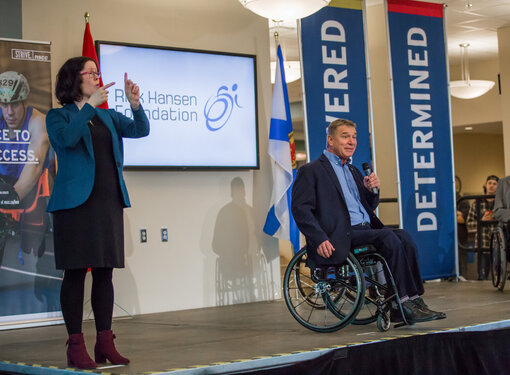 Accessible Tourism in Canada: Vacation Ideas for Travelers with Disabilities