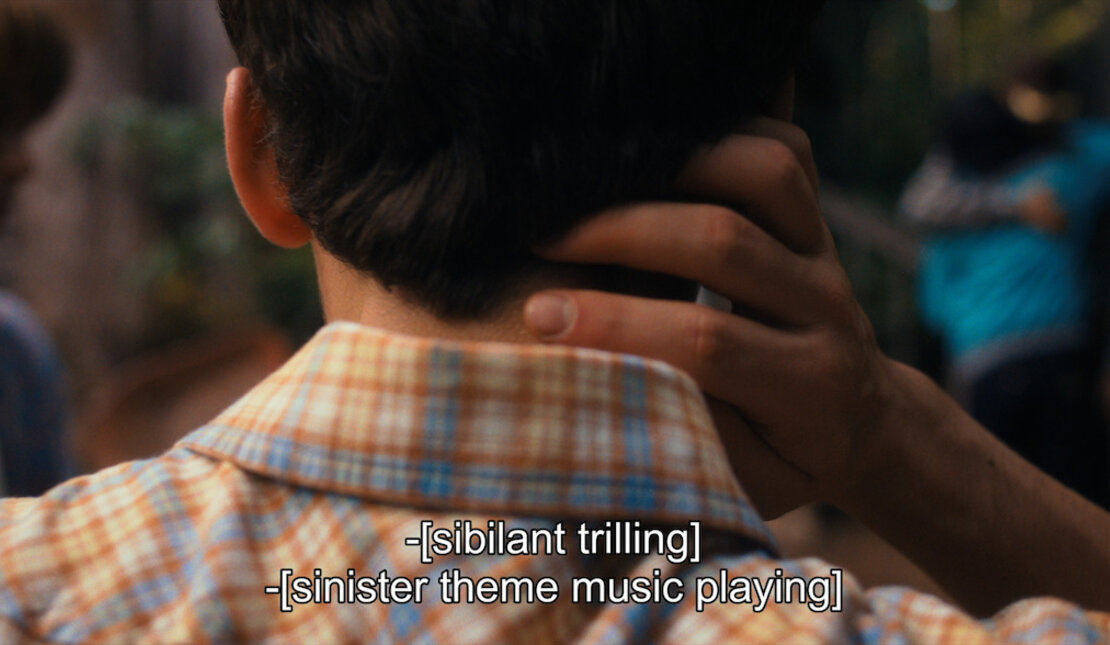 Closed captioning rarely gets the spotlight. And with reason. While it makes television programs and anything else on a video display accessible for people who are D/deaf or hard of hearing by translating audio into text displayed on the screen, closed captioning isn’t exactly known for having much going on in the personality department.

Until now. The people responsible for the closed captioning on the hit sci-fi horror-drama television show Stranger Things work away in a little corner of the huge production, drawing on their combined backgrounds of audiovisual translation, love of sci-fi fantasy, and fascination with the English language. Stranger Things 4 subtitle author Jeff T. and subtitle Quality Assurance editor Karli Witkowska tasked themselves with capturing the sound of the show because it’s is integral to the story. They had no idea that they were setting a new standard for accessibility.

The captions are so good that they've spawned memes and delighted the Dungeons & Dragons crowd with Easter eggs (e.g., “dissonant gibbering” -- if you know, you know). In a Vulture magazine piece titled Wet Writhing and Eldritch Gurgling: A Chat with the Stranger Things Subtitles Team, Jeff spoke about a thread on the deaf-community sub-Reddit about Stranger Things 4 captioning where a Redditor asked for the opinions from D/deaf or hard-of-hearing viewers. Many responded positively, commenting that the show provided a level of specificity and oral description that they never before experienced in closed captioning.

"They said, 'You know what, if it's over the top, that's more information for us, which we never get,' Jeff told Vulture writer Savannah Salazar. "And I think it's great to give them that. My friend is actually hard of hearing in one ear, and he said,

'This is the first time where I just felt like I didn't miss out on anything.' I got a little teary-eyed."

Stranger Things is one of the production house Netflix's originals. According to Kathy Rokni, the company's director of globalization, Netflix implemented a new style guide for their closed captioning to give D/deaf and hard of hearing viewers an equally immersive experience. Kathy acknowledged that Netflix members love great stories, so it's important to translate and caption them for the enjoyment of people worldwide. 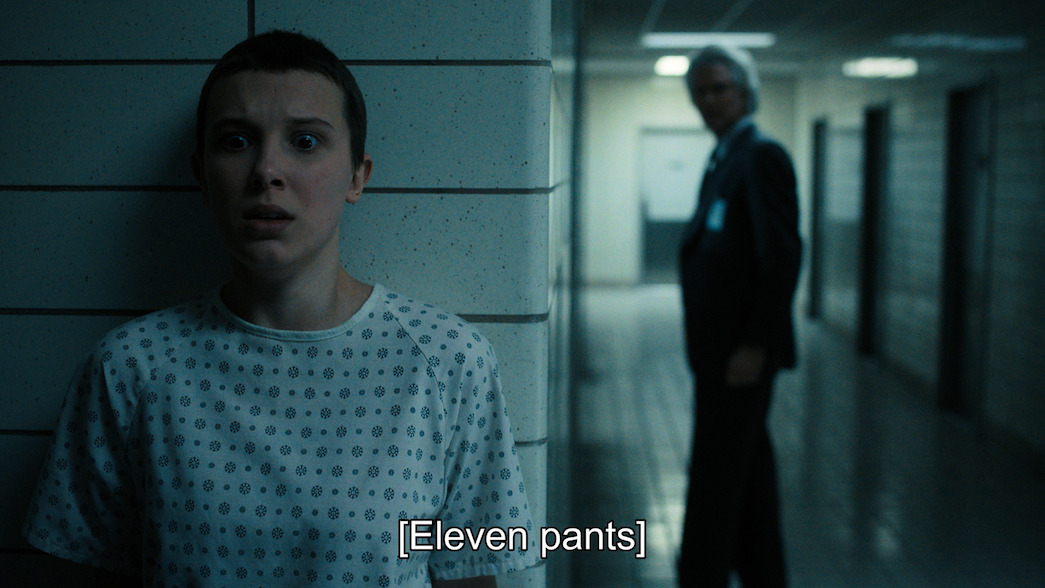 While accessibility is first and foremost the reason behind providing closed captioning, more and more captioners are considering ways to capture the emotion of a story. Teresa Garratty wrote about using creative captioning in her story How Captions Can Get Creative published on the blog The Limping Chicken (which refers to itself as 'the world's most popular deaf blog!').

The part-time filmmaker said there's no reason why captions can't also contribute artistically in addition to providing access, citing projects she's done with Deaf dancer Chris Fonseca. She also wrote about her experiences captioning live theatre, a challenge as scripts are usually dialogue-heavy. A solution to one of the plays she worked on was to assign a creative font for each character to reflect their personalities.

"There are so many semiotic elements to theatre from set design to costume and make-up," Teresa wrote. "All carefully thought out to match the overall tone and style of the piece, and with technology at hand today, there's no reason why captions can't be used in the same artistic manner." 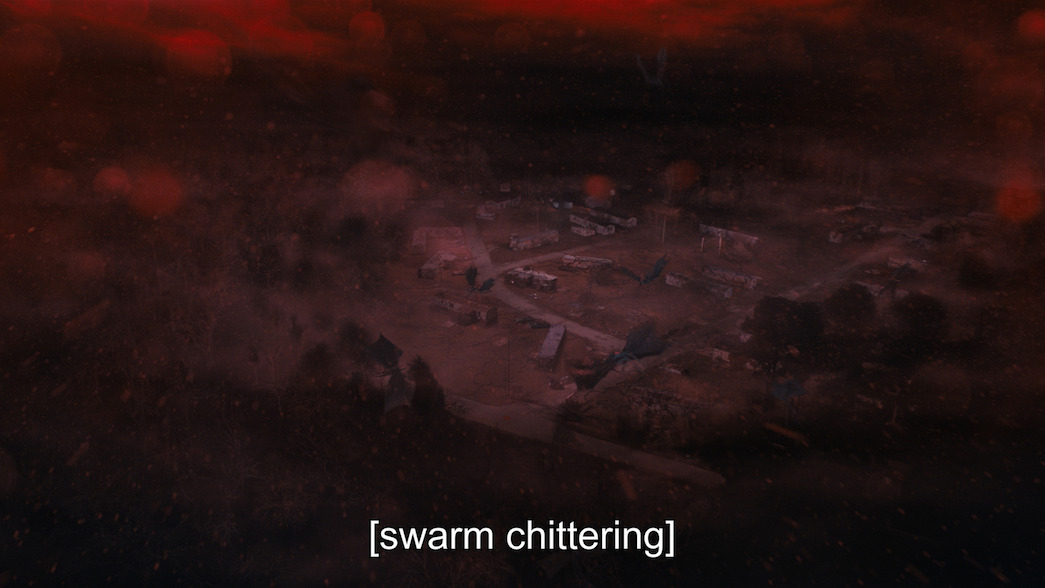 Jeff and Karli told the Vulture they're blown away by how well the closed captioning has been received, not only by the D/deaf and hard of hearing folks but by everyone. This is another excellent example of Universal Design at its finest, with accessible and thoughtful considerations so both physical and, in this case, digital spaces can be used to the greatest extent possible.

But for those who consider closed captioning a necessity, Stranger Things 4 has done so much to raise awareness about the importance of meaningful inclusion.

"Subtitles are getting good nowadays," wrote 'stubakan' on Reddit. "It's like poetry compared to what it used to be. You'd get a blank [MUSIC PLAYS] and what was being said without anything indicating who was speaking. It was like an emotionless narrator only giving the bare stage directions to a show.

"Now, it's like an enthusiastic storyteller that's part of the show, giving another rich dimension to the story." 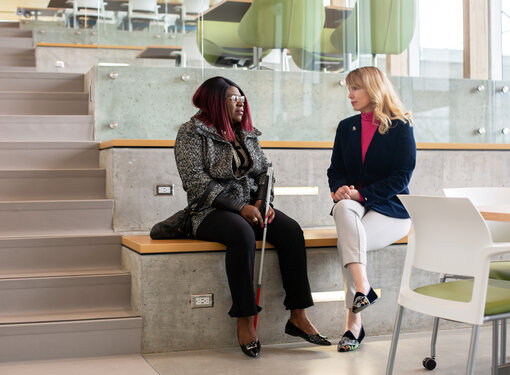 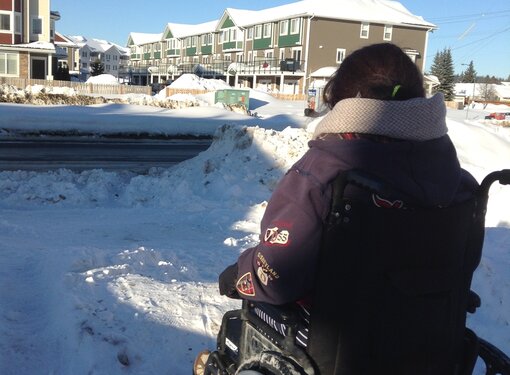 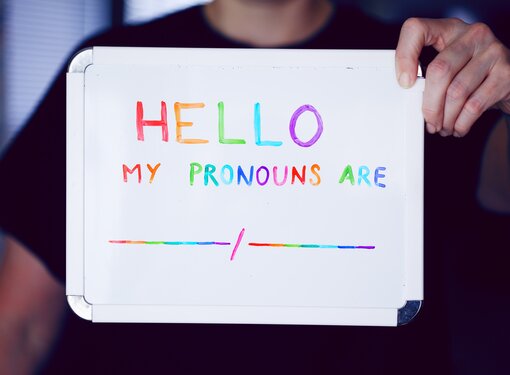 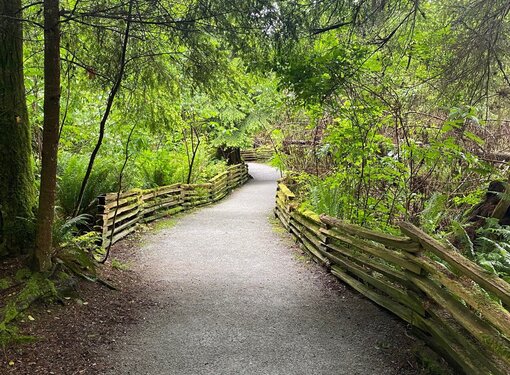 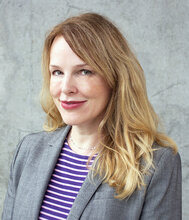